The Bay of Fundy is Guaranteed to Amaze You! 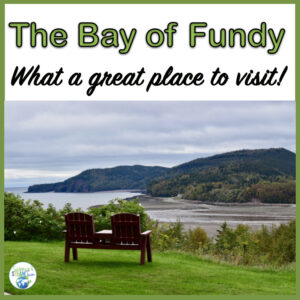 Why visit the Bay of Fundy?

The Bay of Fundy is one of the seven Natural Wonders of North America.  It is known for its massive tidal swings.  This Bay had been on Moe’s list of places to see for a long time.  So, to celebrate his retirement from teaching that’s exactly where we went.  We had a fabulous time!

Where is the Bay of Fundy?

The Bay of Fundy is on the east coast of Canada.  It lies between the provinces of Nova Scotia and New Brunswick.  A small part of the bay touches the United States in Maine.  We stayed in a small town named Alma. 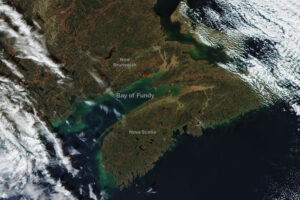 The highest tides in the world!

We arrived in Alma in the middle of the afternoon.  The tide was still going out.  By the time we unpacked, got settled, and walked into town the tide was at its lowest.  Consequently, we were able to walk out on the ocean floor for half a mile!  The tidal swing when we were there was about 9 meters (29.5 feet).  The biggest tidal swing in the Bay of Fundy is about 15 meters (50 feet).  The average tidal swings in other areas are about 1 meter (3 feet)

What causes the tides to change?

Tides or tidal currents are the continual up and down motion of ocean waters.  These are caused by the moon’s gravitational pull on the Earth.  This pull causes an upward bulge in the ocean water which is directly under the moon.  As the Earth rotates, the bulge continually moves so it is directly below the moon.

Why are the tidal swings so large in the Bay of Fundy?

The shape of the bay which is triangular, the depth, and the width of the bay all work together to make this the perfect place for large tidal swings.  These factors work in unison with the moon’s gravitational pull on the Earth.

While the water doesn’t come into the bay all at once, it still comes in fast enough that you can observe it!  Check out this video.  It would make a great phenomenon for a unit on tides of ocean currents.

If you are interested in other resources about tides and currents check out this middle school unit titled Water’s Role on the Earth.

Other reasons to visit the Bay of Fundy

It’s near Canada’s Fundy National Park.  The views of the bay from the overlooks are spectacular!  There are plenty of hiking trails, beautiful waterfalls, camping, and other activities. 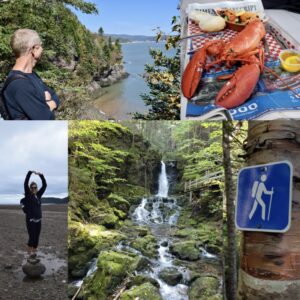 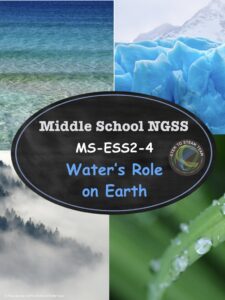