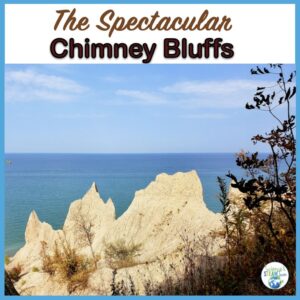 Moe and I decided to take our first trip since Covid-19 started.  We thought we would begin with someplace near home that we hadn’t seen before.  Chimney Bluffs State Park in Walcott, New York did not disappoint!  Here are four reasons that you should visit this area!

The Bluffs Trail starts in the park on the southern shore of Lake Ontario.  As we walked along the trail, we could see the beach below and enjoyed viewing the magnificent bluffs.  Bluffs are cliffs found along coastal regions.  Along with the waves, wind, rain, and snow are constantly changing the shapes of the bluffs.  Because of this, the ridges are extremely narrow and thin. 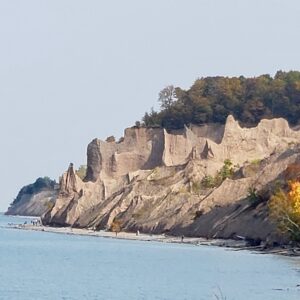 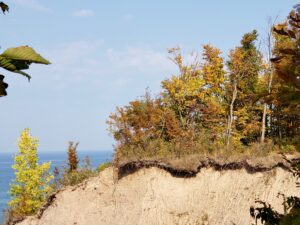 Views of Chimney Bluffs from the Beach

Besides all the beach rocks and pebbles, one of the first things we saw was a sign that read “Danger. Stay Off the Bluffs.”  This didn’t surprise us as we had seen many along the trail.  What did amaze us was the sign was attached to the top of a twelve-foot well casing.  Apparently, the well had been drilled on land which has since been eroded away!  From what I have learned the coast retreats by one to five feet a year because of natural weathering.

Meanwhile, as we walked along the shore we could see the gullies that formed when gravity pulled mudslides down.  There were rocks of all sizes.  We could also observe the lines in the hills that indicated different types of sediment.  Many of the stones along the beach were round and smooth because they had been eroded by water and by hitting other rocks. 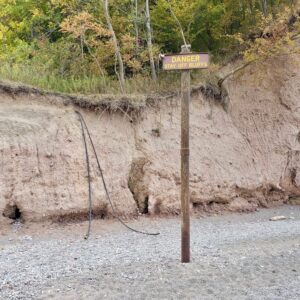 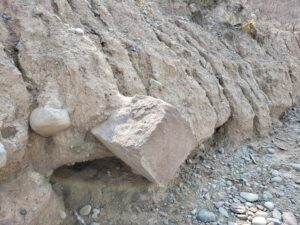 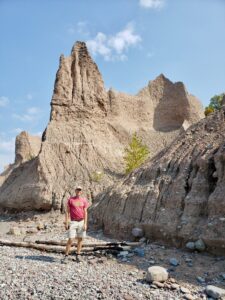 How Were the Bluffs formed at Chimney Bluffs State Park?

I could explain that here, but I think this video explains it best!

The video below doesn’t give and explanation.  It is set to music and shows spectacular footage of the bluffs.  It would be perfect to use as “phenomenon” when starting a lesson on weathering, erosion, or landforms with students.

The Bluffs Trail is 1.25 miles one way.  It winds its way through the forest.  About halfway, the tall spires of the bluffs begin to appear.  There are many warning signs to stay away from the edge, as the bluffs are fragile.  As the trail is about the end, there is a lengthy wooden staircase down.  This is sure to get a person’s heart pumping.  Once on the beach, the breeze brings the fresh smell of air coming off the water.   Walking along the beach for a while and then heading back brought our hike to just over 4 miles.

The Nearby Apple Orchards

On our way to and from the Chimney Bluffs, we saw something we hadn’t seen before.  There were rows and rows of apples grown on fences similar to the way grapes are grown.  We have seen orchards where apple trees are planted in rows and spaced apart.  But, this was new to us.  There were many bright red apples so close together and relatively close to the ground.

Apparently, these are espaliered trees.  Espalier is an ancient pruning method which is used to train trees to grow flat against a fence, wire, or wall.  Pruning and tying the limbs this way encourages the branches to grow horizontally.  The top of the tree is cut off when it reaches the top of the fence.  Using this method, farmers can grow apple trees in a much smaller space.

Apple orchards are popular in this region because Lake Ontario protects them from spring frosts.  Likewise, the soil is well-drained.

Orchards have more than one type of apple growing on them.  This is because a second variety is needed for pollination.  In all, there are 21 varieties of apples grown in upstate New York. 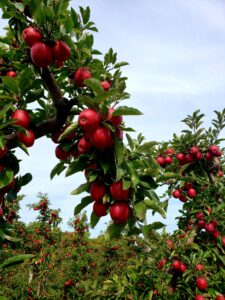 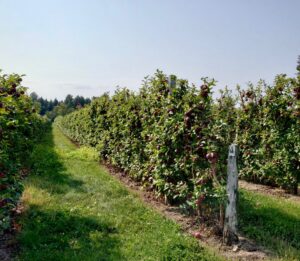 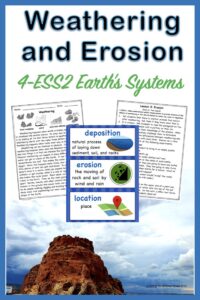 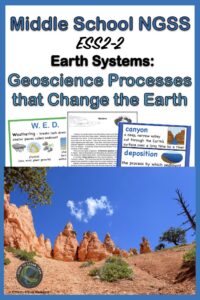 And remember, its all science!